A significant portion of the small businesses that use QuickBooks accounting software don’t work with an outside accountant, according to Intuit’s accountant leader, Ariege Misherghi — and given that QB users number in the millions, that represents a significant untapped market.

“Forty percent of users of QuickBooks don’t have an accountant, bookkeeper or advisor,” Misherghi told the accountants and bookkeepers on Monday at Woodard Events’ 2019 Scaling New Heights conference, held this week in Salt Lake City. “They think they’re too small, or they’re intimidated.”

“You can automate work, but you can’t automate expertise — the expertise that gives people confidence that it’s being done right,” she said. “That’s what accountants and bookkeepers offer everyday.”

In response to concerns from accountants at large, and members of its own QB ProAdvisor community, Intuit has promised that QBL will not target users who are already connected with an accountant, and that it will staff QBL only with Certified ProAdvisors.

Even more important, Misherghi stressed to the Scaling New Heights audience, is the fact that Intuit remains committed to its current accounting channel.

“We’re going to continue to invest — and invest more than ever before — in the things you know and rely on,” she said, citing Intuit’s “Find a Pro Advisor” website, the largest matchmaking site for accounting professionals.

For instance, Intuit will now send alerts about new potential matches directly within QuickBooks, so accountants are less likely to miss an opportunity. 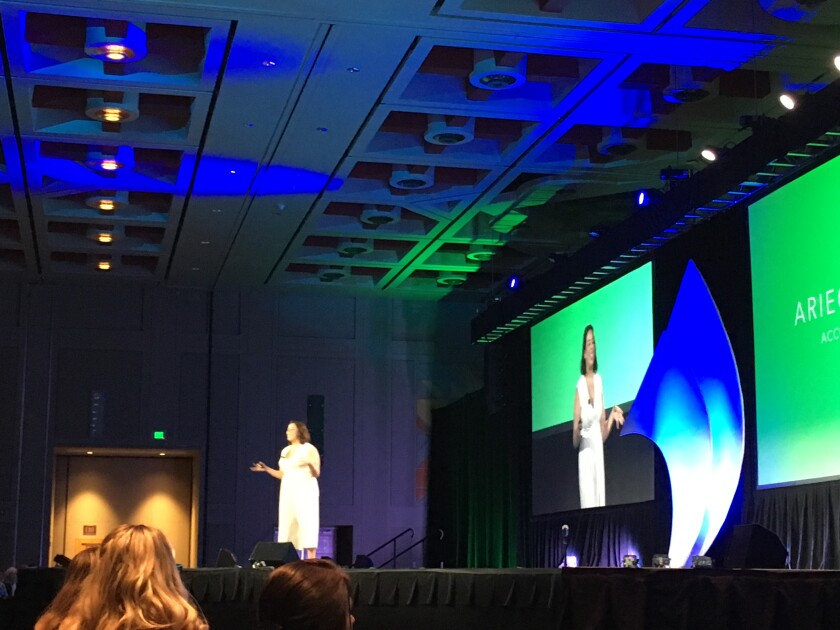 “One of the things you tell us is that every message and every lead you get is gold to you, but the data tells us that only half of the messages sent are answered by ProAdvisors,” Misherghi said. “The goal is to increase your visibility into the leads you’re getting.”

Intuit is also adding a “Client Overview” feature that helps advisors do an initial assessment of a potential client much more quickly and easily, so they can see how much work they’d be taking on.

“It’s a powerful view for you before you estimate how much to charge,” Misherghi said, adding that users can export the overview as a PDF document to show clients how much work there is to do in their books. “It’s designed to give you the information you need to accurately and transparently price your services.”

Perhaps the most popular new feature for accountants that Misherghi announced was the ability to automatically fetch and import bank statements, which was met with enthusiastic applause.

Intuit is also adding directly to its ProAdvisor program, according to program leader Misty Megia, who spoke during the same session.

“We heard you were having troubles with promoting yourselves, so we built out a marketing hub with free resources to help you at every step of the way,” she said. “We also built a merchandise store for you, your staff and your clients.”

“ProAdvisors come up to me and say, “People keep telling me, ‘Be a trusted advisor! Be a trusted advisor!’ But I don’t know how,” she added. “First off, you’re already trusted. And we’re bringing training for different levels of your staff, and an expert series with experts from outside and inside the profession.”